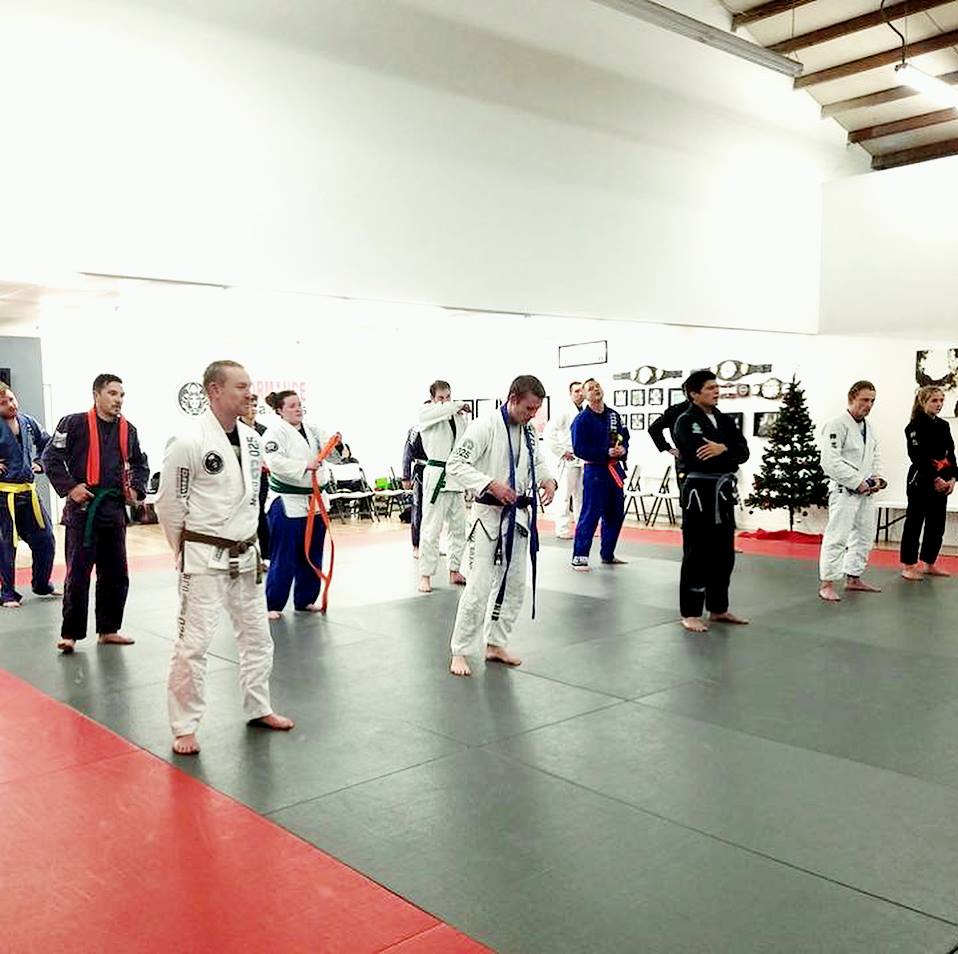 The end of 2017 brought a couple of major colored belt promotions for the Roseburg BJJ team. Coach Seth McWilliams was promoted to brown belt. Seth teaches Fundamental and Intermediate BJJ on Wednesday and Friday. Seth began training 7 years ago and has been consistently winning tournaments and making podiums at every belt level. Jessee Filan was promoted to purple belt. Jessee, also a Judo black belt, was professor Ryan’s first blue belt in 2013! Coach Matt Bricka received his 3rd stripe on his brown belt. Javier Mandera joined his brother Hector at  4 stripes on the blue belt. Cale King, and Colby Sims received their first stripes on the blue belt. Adam Howard, Ashley Yraguen, Eric Andrews , Jose Juarez and Tyler Vian are all now green belts, the last step before blue! Jesse Scriven and Daniel Hunter moved up to orange belt. Teen Maddie Patrick moved up another stripe on her orange belt. Stephen Hunter also leveled up on his grey belt.

Congratulations to those of you who were promoted, you’re all who make the Academy great!