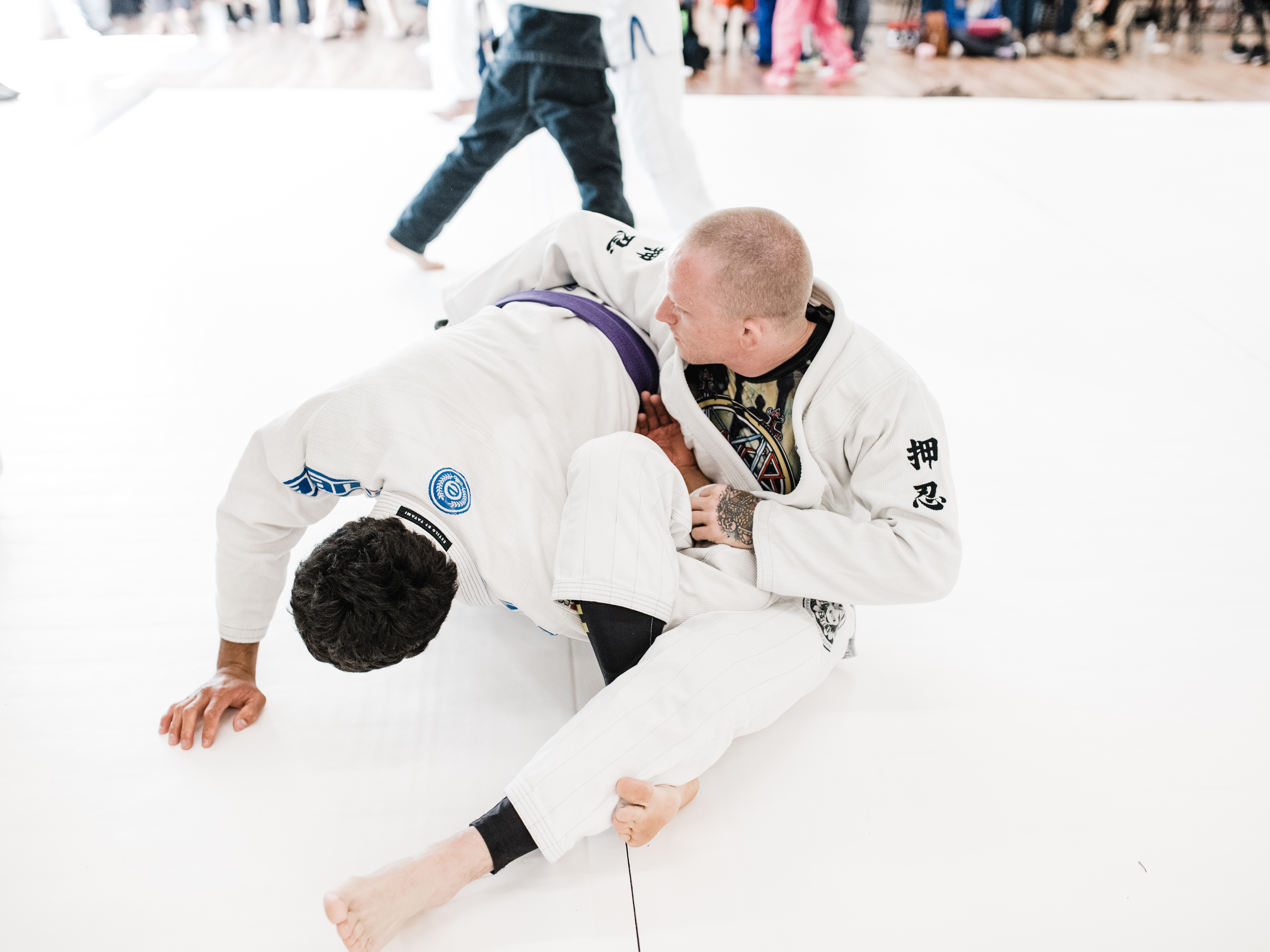 The term jiu-jitsu translates to gentle art. Brazilian Jiu-Jitsu (BJJ) is a modern martial art dating back to the early 20th century.  Japanese Judo practitioner, Mitsuyo Maeda, moved to Brazil in 1914 and subsequently began teaching. Carlos Gracie was one of Maeda’s first students, and passed on his lessons to him and Gracie’s family. Carlos’ brother Helio Gracie, being of a slight build, took the techniques that he could perform and focused on their application with more emphasis on leverage and technique, than strength, thus becoming the founder of what we know as Brazilian Jiu-Jitsu.

Whether your goal is self-defense, getting in shape, tournament competition, or achieving your black belt and beyond, our BJJ program delivers!  This program is broken down into three sub-classes: Fundamental BJJ, Intermediate BJJ, and Open-Mat Sparring BJJ. We strive to bring you the best, and most cutting edge instruction of BJJ in Roseburg.  At Performance Martial Arts Academy, we follow the International Brazilian Jiu Jitsu (IBJJF) belt ranking system age and minimum time requirements.

This class will focus on the basic positions, movements, drills and theories of grappling. Our class is designed for new practitioners, but is also very effective for students who want to continuously improve their fundamental BJJ skills.  It is recommended that BJJ practitioners of all skill levels, even advanced students, take this course to revisit and refine the most important aspect of their skills, their fundamentals.

Our intermediate BJJ class is specifically organized for the practitioner’s approaching their blue belts. This program will focus more specifically on the yellow, orange, green and blue belt curriculums. At this level students will begin to have more access to advanced techniques, and have more time allocated to sparring and live application. This class has a rank requirement of 4 stripes on the white belt in order to participate.

Open-Mat Sparring is a natural continuation of our Fundamental BJJ and Competition Drilling classes.  In this class, you will have the opportunity to grapple in a controlled environment, allowing you to practice your BJJ technique in a real-life setting, and prepare you for tournament competition.

Please click here for the Instructors page for details on our BJJ coaches.