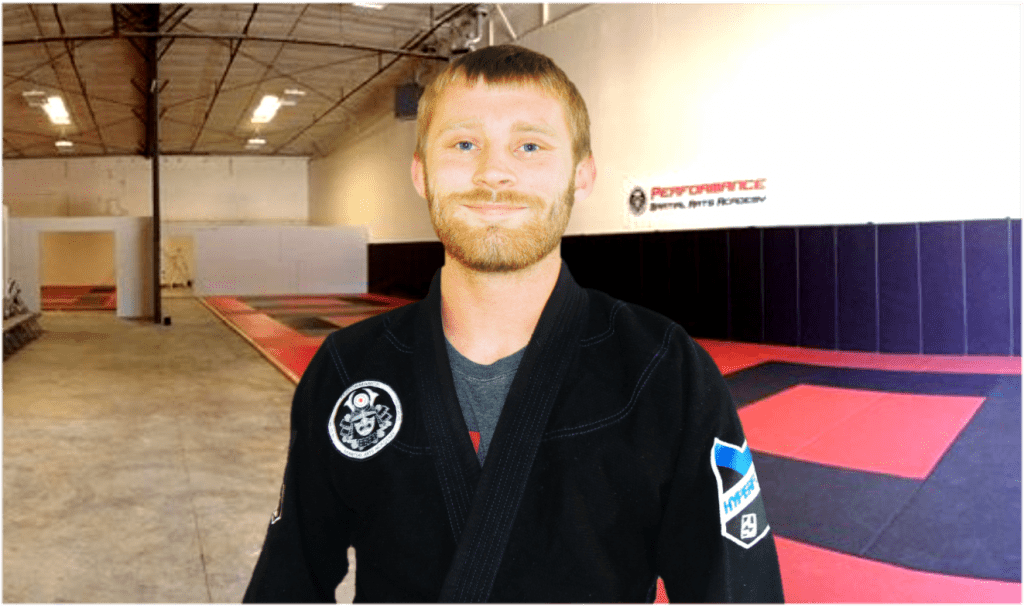 Coach Jessee Filan has been active in martial arts since 2003, starting with Judo. Jessee earned his Judo black belt in 2011 and his BJJ blue belt in 2014. Aside from competing in the grappling arts, he is a professional mixed martial artist with over 10 fights! In 2006, Jessee competed in, and won, a submission wrestling Super-Fight in Russia. We are very proud to have a martial artist of Jessee’s caliber teaching at Performance Martial Arts Academy.

When Jessee isn’t teaching, he enjoys spending time with his family. He also spends a lot of time training, and improving his own skill set.