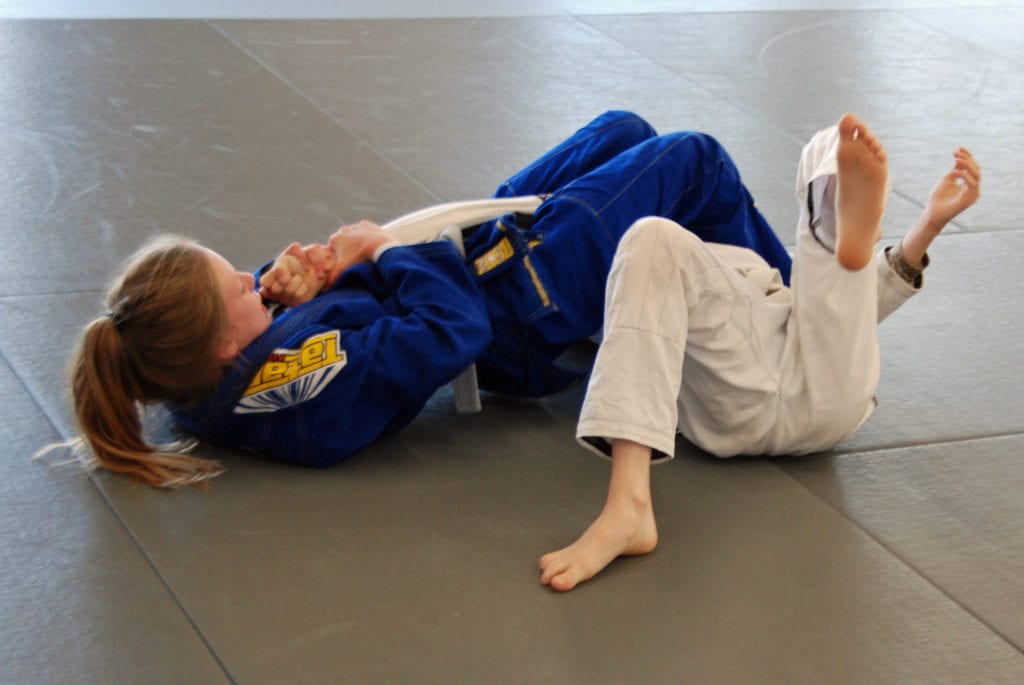 Brazilian Jiu-Jitsu is a grappling art, which means there is no striking (punching or kicking).  Your child will learn to defend themselves with techniques, maneuvers, and counters applied to an opponent so that they may gain physical advantage, such as superior positioning, escapes, and submissions.  This means that a smaller, weaker child, could defend themselves against a larger, stronger individual.  In class, techniques may be learned and applied without causing harm to one another.  Belt ranking is based on experience, but also on age.  At Performance Martial Arts Academy, we follow the International Brazilian Jiu Jitsu (IBJJF) belt ranking system age and minimum time requirements.

The term jiu-jitsu translates to gentle art. Brazilian Jiu-Jitsu (BJJ) is a modern martial art dating back to the early 20th century.  Japanese Judo practitioner, Mitsuyo Maeda, moved to Brazil in 1914 and subsequently began teaching. Carlos Gracie was one of Maeda’s first students, and passed on his lessons to him and Gracie’s family. Carlos’ brother Helio Gracie, being of a slight build, took the techniques that he could perform and focused on their application with more emphasis on leverage and technique, than strength, thus becoming the founder of what we know as Brazilian Jiu-Jitsu.